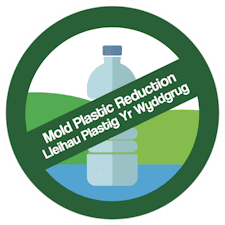 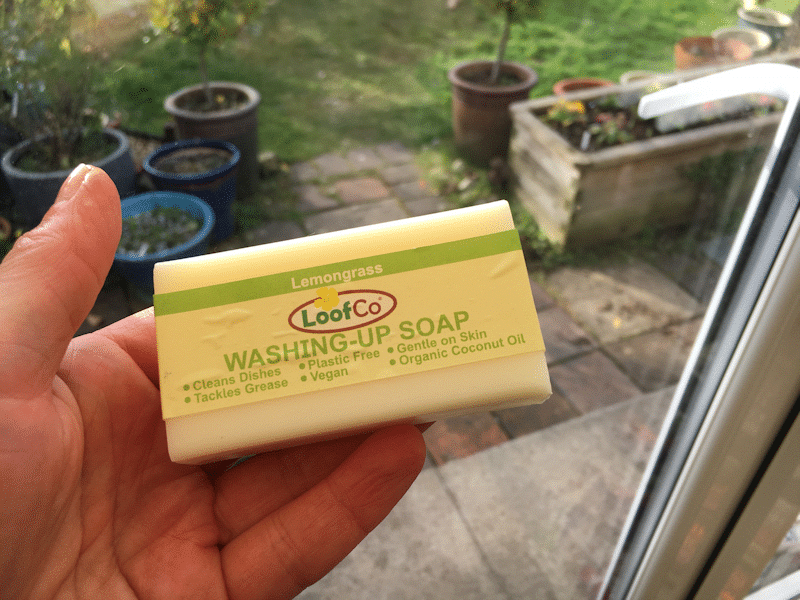 Tempting as it might be to swap tried and trusted plastic-based products for plastic-free alternatives, it can feel like a bit of a gamble.

Despite claims by manufacturers and sellers, there’s no guarantee that just because something is environment-friendly it will actually work as expected.

Since becoming involved with Mold Plastic Reduction a year or so ago, I’ve tried a variety of alternative products and, over the coming weeks, will be giving an honest assessment of my experiences with them.

First off, it’s thumbs up or thumbs down time for three products I’ve been using in the kitchen …

One of my first plastic-free purchases, I was inspired to try this clingfilm alternative after seeing lots of social media posts about how good wraps are.

I have to agree: they are good. My pack of three was bought from Beeswax Fabric Wraps on Anglesey (@WrapsFabric) and the bright designs make them a lot more cheerful than clingfilm!

They’ve been used to hold packed lunches on mountain walks and on beach picnics. Apart from the minor issue of sand sticking to them, I’ve found them excellent. They’ve also been used for keeping onion halves in the fridge and, despite my initial concerns, seem not to hold the onion smell after being washed.

Washing is simply a case of using lukewarm or cold water with washing up liquid or a soap bar, wiping the wrap and giving it a final rinse in cold water. They’ll dry quite happily in the drainer or near a radiator.

Like clingfilm, the wraps squish around whatever they’re containing and – providing they’re large enough – will make a nice neat seal. I’ve occasionally used two wraps together, overlapping them to get the required coverage.

Being slightly sticky (a property they retain once washed and dried and apparently keep for about 12 months) they bind to each other pretty well.

So with no obvious downside, it’s a definite thumbs up for beeswax wraps.

The ubiquitous green-and-yellow washing up sponges I’ve been using for decades turn out to be bad for the environment because they’re made from non-biodegradable synthetic fibres and end up either in landfills or incinerators.

In an effort to get away from using them, I bought a couple of packs of “eco scrubbers” from Earthbits.

With organic cotton on one side, hessian on the other and a bamboo padding between, they’re promoted as an environmentally friendly washing up option which can be composted after use.

First impressions are often important and these pads look pretty. Sadly, that’s as good as it gets for me …

The pads are an odd size; they’re too big to fit nicely in the hand or to get inside glasses and mugs and bending them seems to make them somehow unmanageable. They also take a lot of drying out; I was putting mine in the sun between washes to stave off the damp.

However, the biggest issue is that the hessian is nigh on useless. Far from providing a “super scrub” scouring option, the hessian on the first pad I tried was holed within a week without making any impact on hard-to-remove stuff.

With the second pad barely lasting a week too, it was back to the green-and-yellow sponges.

I really wanted to like these, but cannot recommend them.

If anyone wants to give them a go, I’ve got a pack of two unused pads which I’m happy to hand over for someone else to try.

I’m also interested in other eco-friendly washing up sponge options, so if you have any suggestions, please let me know.

My verdict? Thumbs down.

I bought this LoofCo soap bar from the Good Health Emporium in Mold and just love it.

Intended to replace plastic bottles of washing up liquid, it’s excellent at tackling grease, dried-on food and the sort of burnt-on bits that attach themselves to oven trays and frying pans.

There are just two of us and we don’t have a dishwasher, so all our washing up is done by hand. Coping with two or three lots of washing up each day, I reckon the first bar of this soap lasted about six weeks. (I made a note of when the second, current bar was first used, so will have a more accurate idea of how long it lasts.)

Using the soap bar has forced me to change the way I wash up. There’s no bowl full of hot soapy water into which crockery etc gets dipped and washed. Instead, I place the bar to one side and rub the damp sponge/scourer across it before dunking an item in the bowl of water and wiping it clean with the soapy sponge/scourer.

Although I’m impressed with its environmental credentials and cleaning power, there are some downsides to the LoofCo washing up soap bar …

Unless items are rinsed well, the palm oil and coconut oil tend to leave marks – something particularly noticeable on glassware and cutlery. Depending on what you’re cleaning, the same ingredients can also create an oily “tide mark” in the washing up bowl.

It’s also far less easy to use the soap bar to soak things, so for anything that needs to stand with water in overnight, like a casserole dish, I tend to use a splash of washing up liquid.

Those issues aside, I think this is a really great product which has cut down enormously on our use of bottled washing up liquid.

A big thumbs up!

(Incidentally, the bars are made in Poland, so it will be interesting to see whether their price and availability is affected by Brexit.)

I smile every time I use one of these. Why? Because re-using the Tesco handwash pump dispensers for bodywash makes it a double win.

We’ve been getting these plastic bottles filled with bodywash at the Good Health Emporium in Mold for months now, using two pairs of bottles (one set in use, one spare), filled as needed with whatever flavour of bodywash happens to be available.

Apple always seems to be in stock and is a cheaper option than other, premium-priced varieties, though there is a noticeable difference in quality (the apple never seems to produce the same lather).

We probably used to go through a bottle of shower gel a week, so this refill alternative is saving a fair bit of plastic every month.

Definitely a thumbs up for this combo!

Promoting itself as tree-free toilet tissue, this lovely soft paper is made entirely from bamboo (hence the name – clever eh?).

With a growing number of alternative toilet paper products becoming available, we chose Bumboo because it’s entirely plastic free (it’s delivered in a big cardboard box) and seems to be better value for money than some other options (the best-known probably being Who Gives a Crap).

Having subscribed, our box of 48 wrapper-free rolls arrived quickly. We’re not used to buying so many loo rolls at once, so were reassured by being able to tweak deliveries according to use: hurry the next box up if we’re running out or delay it if we’ve got plenty left.

What’s it like? Great. Lovely and soft. A quality product. And there’s no nasty plastic wrapper to worry about. My only gripe is that individual sheets are a little small – but I’ve found that with some ‘traditional’ brands too.

Overall, it’s a big thumbs up for Bumboo!

More items will be reviewed over the coming weeks, so pop back occasionally to see what’s new – or keep in touch by signing up for our newsletter.

Site created by DoodlyDog with the support of Evarene Limited © 2021